The La Zana Family has been in the restaurant business for over fifty years. Papa arrived in Sydney in 1952 and brought with him a wealth of knowledge and experience that had been passed down to him through several generations. Using these skills, Papa owned & operated several successful Sydney restaurants including Papa’s Pizza Restaurant in Rose Bay, The Galleon in Darlinghurst & The Sidewalk in Centrepoint.

In 1999 the La Zana family made the decision to open La Zana Pizza as a take-away & home delivery service in Wahroonga bringing their passion for authentic cooking to a new suburb. Over their years of operation they have gained the support & loyalty of the local community and have grown with them.

This encouragement & devotion from the community led the La Zana family to expand the business to include La Zana Ristorante and proved to be a sensation with the locals, winning an award for “Best Restaurant in the North Shore 2009”.

Such success & requests from its ever-loyal patrons enabled La Zana to expand once again in December 2011 opening La Zana Bar & Lounge. Now the business not only caters for take-away & delivery customers, but also includes a restaurant with a lounge & bar area that adds a new dimension to any function or dining experience.

Over the years, the family have strived to give back to the community through donations & participation in events such as the Wahroonga Food & Wine Festival. Continuing this effort, La Zana became the major sponsor of the Wahroonga Football Club (Tigers) in 2014 and continues to sponsor the newly merged Turramurra United Football Club in 2018.

The La Zana family continues to work with & support the local community & looks forward to serving you in the near future. 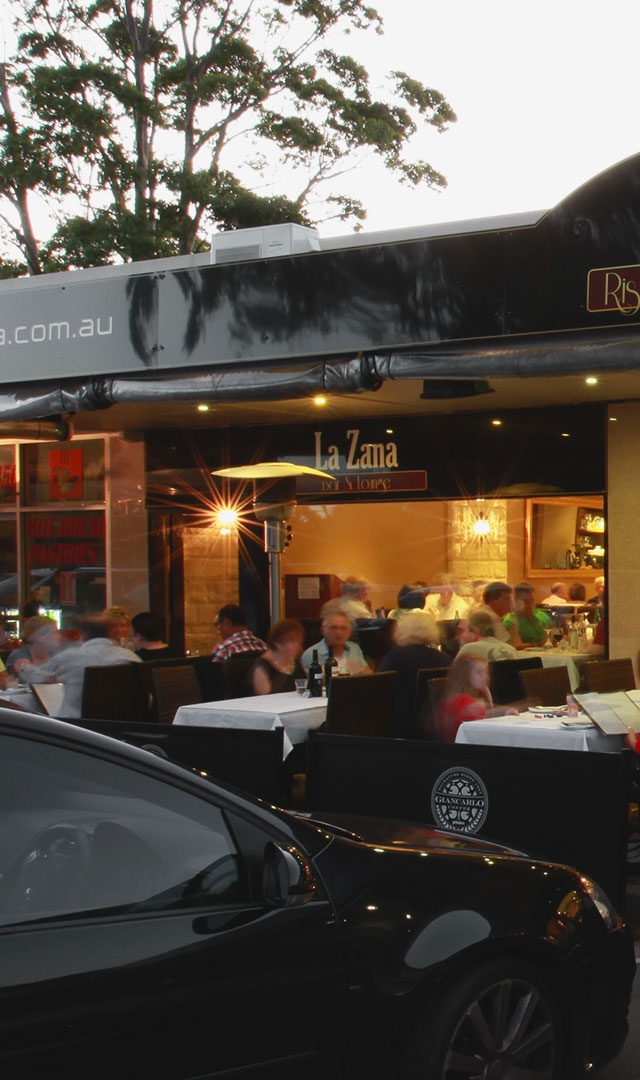 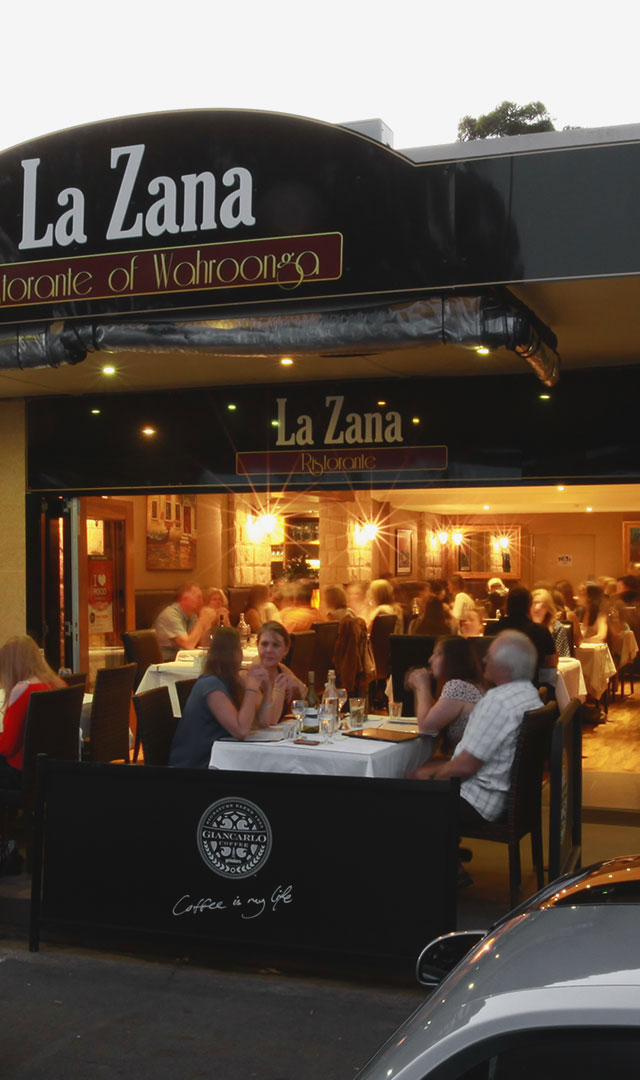 Our Ristorante is back! Re-opening Friday 15th May

Have you booked for Valentine's Day yet? Free glas

Anyone for Barramundi 🤔 ... This and lots more